So ‘The Next Big Thing’ is a chain-letter of sorts, though hopefully one worth reading, were one writer asks another to answer some questions on their current project. The questions are clearly designed for prose-writing folk as everyone knows that the next big thing will most probably not be a book of poetry! That said, I’m very happy to take part and my thanks to Colin Bell for passing the baton to me. Colin discussed his forthcoming novel Stephen Dearsley’s Summer of Love, in his blog last week. It’s both very enter-taining and insightful and has certainly piqued my interest in the novel, which I really look forward to reading. You can find what Colin had to say about it at:
http://www.wolfiewolfgang.com/2012/12/stephen-dearsleys-summer-of-love-my.html

Now for my answers!

1) What is the working title of your next book?
The working title, for the last two years, has been On Light & Carbon. I should say that my first collection had a different title until about a month before it went to print, so things can change! In this case I’m pretty sure this title is a good summary of the concerns of the collection and will be on the cover.

2) Where did the idea come from for the book?
In a way, by finishing my first collection, which had roughly taken fifteen years to write due to some missteps and misadventures along the way. I recognised, once it was completed, that I had been locked into the sensibility of that book since my late twenties, so I was certain that my next collection would be different, both in terms of imagery and tone. I started this book as I turned forty and naturally that had a bearing. One thing I really like in poetry is the power of the concrete and lucid image. In the new book I employ this strategy again, though I hope the new poems are a little less lyrical and have a more philosophical edge. My first collection drew quite heavily from science – particularly from the natural world with a number of poems about insects, for example – alongside more personal material. While this book does something broadly similar, this time I've tried to push deeper into the science (and bring the reader with me, hopefully) exploring the physics of light, in its many wondrous guises, as well as the carbon of the title: the basis for all life.  Really, what I’m trying to do is connect science to life in some way – and vice versa. It’s also about the role of art and the artist in all this.

3) What genre does your book fall under?
We don’t tend to talk of poetry in terms of genre, though that’s not to say that there aren’t very different traditions and schools within poetry. I hope my work falls somewhere between the metaphysical and the lyrical.

4) What actors would you choose to play the part of the characters in the movie rendition?
Well, this is a tricky one for poetry, isn’t it! It’s almost like asking who I would I like to see play myself! That said, there are a number of portraits in the collection. I’m most proud of the one about the 11th Century (in what we call now the Common Era) Islamic scientist Ibn al-Haytham, popularly known as Alhazen, who wrote his masterwork on optics while under house-arrest. In real terms, he was the first person to employ the scientific method. And all this happened six centuries before Newton, I should point out. I’d love to see that story told more fully. I’d cast the brilliant actor Saïd Taghmaoui (first seen in La Haine) to play Alhazen. But to twist the question into a more meaningful one: who would I like to read the audio book? John Hurt or Ralph Fiennes would do very nicely!

5) What is a one-line synopsis of your book?
To try to show the deepest aspect of our humanity and curiosity against the canvas and backdrop  that science has provided us with.

6) Will your book be self-published or represented by an agent?
Neither. An agent who took on a poet would have to be one who had taken a vow of poverty. In my experience they are not the kind of people attracted to that particular business. Then again, the absence of agents is perhaps what keeps poetry poor and pure. The book will be published by Ward Wood Publishing (without a go-between) in September 2013.

7) How long did it take you to write a first draft of the manuscript?
Well, I feel I’m nearly there, but a book isn’t finished till it goes to the printer. The book was written in three distinct phases so I could say I had a first draft after about a year, but so much has been cut and added since then it doesn’t seem like a meaningful answer. To get to the point of having what I’d call a good ‘working draft’ has taken about two and half years. By my standards that’s been very quick! Partly this has been down to employing a new approach to writing poetry. I tried (though didn’t always conform) to the idea of writing a decent draft of a poem in one day. This seemed to help keep the general intent behind a piece in a clearer focus, as well as leaving room for unexpected shifts of perspective. That said, writing this way later leads to lots of finessing and rewriting and there is one very long piece based around archaeological artefacts that took months to write... and then more months to revise!

8) What other books would you compare this story to within your genre?
I’m not sure. There are a number of poets who are scientists or have a background in science. I really admire the work of undoubtedly the most famous of these in Miroslav Holub, though I think I write about science in a very different way, and from a very different tradition. Perhaps a bigger influence would be the work of the Irish poet Thomas Kinsella – particularly his poetry from the  early sixties to the mid-seventies. I hope, in some way, that I have emulated the movement between abstract thought to iron-cast images that you find in his collections such as Downstream and Nightwalker & other poems. I’ve always loved his work, though its presence is felt more in this collection than my first. Having said that, I’d be loathe to even suggest I’m in the same league as the great man.

9) Who or what inspired you to write this book?
Partly it was the tenor of the debate around science and religion of recent years. It seems to me that we are creeping towards a notion that science is the only form of reliable knowledge, with Stephen Hawking stating  recently that “science has made philosophy redundant”. I think this is a far more complex and interesting question than such statements suggest, so I wanted to explore the different ways we comprehend the world and put them together to create a bigger picture of ourselves – whether it be through science, art, myth or personal experience.

10) What else about the book might pique the reader’s interest?
Well, you will encounter such figures as August Kekulé who is said to have discovered the structure of benzene (the base of all organic life, not just petroleum) in a dream. Then there is the curious figure of Antonie van Leeuwenhoek, a Dutch merchant draper who was one of the key pioneers of the optical microscope. The fact he was a draper isn’t incidental as they were one of the first trades to exploit lenses, here using them to examine the quality of stitching in fabric. Having realised that using two of these lenses would massively increase magnification, van Leeuwenhoek used his new instrument to first peer into water, naturally enough. So excited was he by what he’d seen, he then looked at his own urine and excrement. Never has a trip to the privy been so giddily anticipated, I’ll wager! 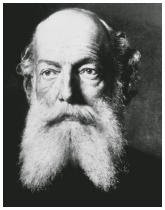 Having done my best to convince you to check out my collection when it appears, I’m delighted to introduce two fine writers who I have chosen to tag and who will post next Wednesday about their latest work. They are the poet Nessa O’Mahony and fictioner Valerie Sirr. Here’s a little more information about them both.

Nessa O’Mahony was born and lives in Dublin. Her poetry has appeared in a number of Irish, UK, and North American periodicals, has been translated into several European languages. She won the National Women’s Poetry Competition in 1997 and was shortlisted for the Patrick Kavanagh Prize and Hennessy Literature Awards. Her second poetry collection, Trapping a Ghost, was published by bluechrome publishing in 2005. A verse novel, In Sight of Home, was published by Salmon Poetry in May 2009. She was awarded an Irish Arts Council literature bursary in 2004. She completed a PhD in Creative and Critical Writing at the University of Wales, Bangor, in 2007. She was also artist in residence at the John Hume Institute for Global Irish Studies at University College Dublin and Assistant Editor of UK literary journal Orbis.
http://nessaomahony.blogspot.ie/

Valerie Sirr has published short fiction and flash fiction in Ireland, UK, US, Australia and Asia. Publications include The Irish Times, The Sunday Tribune, The New Writer, The Stinging Fly. Some poems are forthcoming in anthologies from Revival Press (Ireland) and Poetry Lostock (UK). Awards include 2007 Hennessy New Irish Writer Award, two Arts Council of Ireland bursaries and other national and international literature prizes, most recently a flash fiction award (2011) from The New Writer Magazine (UK), judged by British poet and writer Catherine Smith. She holds an M. Phil in Creative Writing from Trinity College, Dublin. She teaches creative writing and blogs on writing at: www.valeriesirr.wordpress.com. She hopes to publish her short story collection soon.